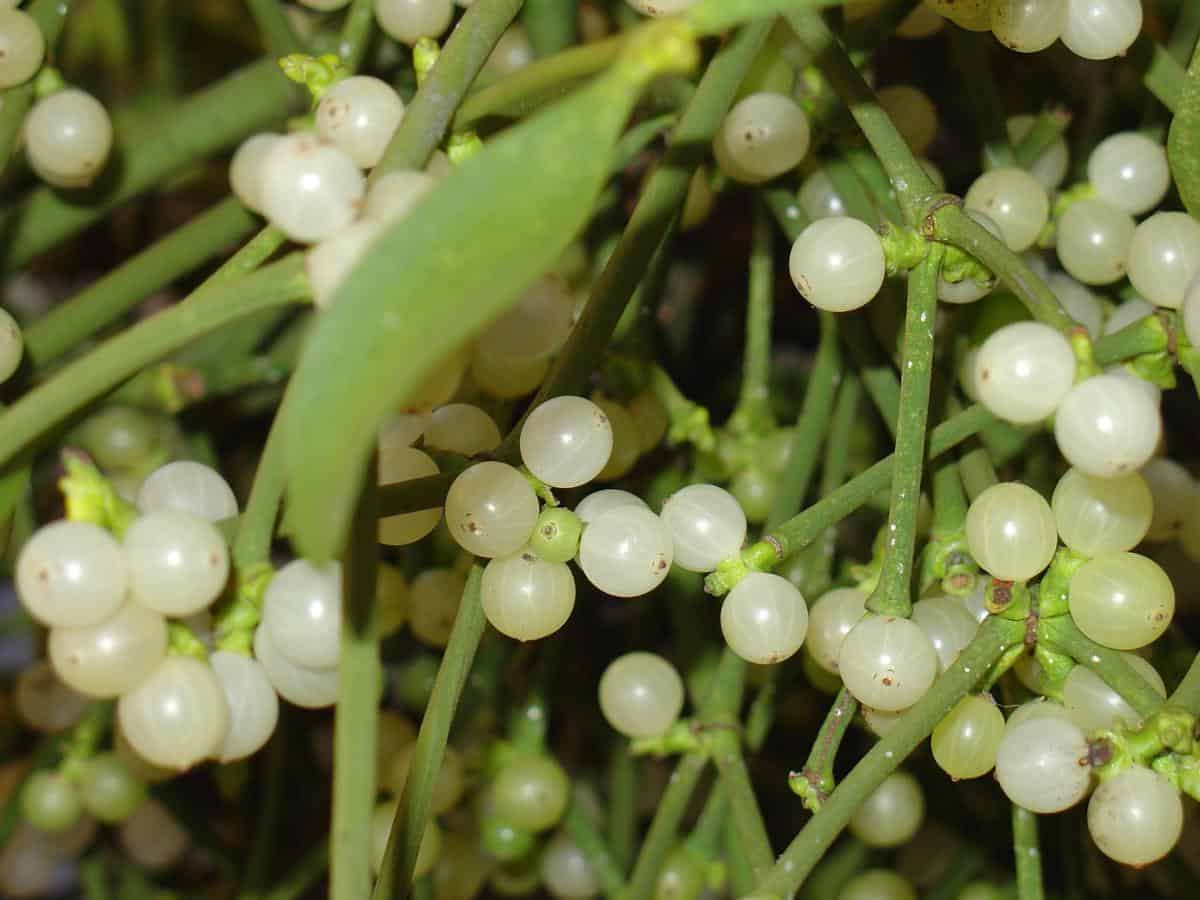 What we like about the plant: Learning about its deadly properties we’re left wondering about the motives behind the person asking to kiss under the mistletoe, as mistletoes have found its way into the homes of many for the holiday season. Be wary as the dangerous properties lurking inside its sticky, white berries

Toxic parts: The berries are the most potent, but the entire plant is dangerous.

Toxic:  If a victim that ingested the mistletoe didn’t suffer from fatality, then they can expect inflammation of the small intestine and stomach – then cardiovascular collapse. If you have pets, then it would be recommended to keep mistletoe away from them as it becomes more potent to animals. 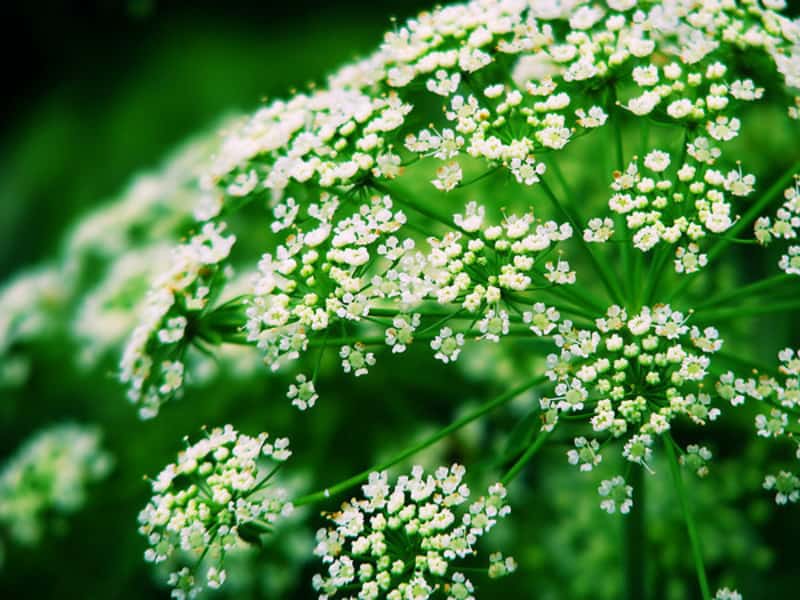 What we like about the plant: Nothing. A wetland plant found in North America and is dubbed the most violent of the plant family and is associated with perennials and not a personal favorite of gardeners but still finds its way unintentionally.

Toxic parts: The whole plant is toxic. Stay away from the young roots, especially.

Toxic:  This poisonous plant can kill its victim within fifteen sufferable minutes. The toxin found in this lethal plant is called cicutoxin that rapidly attacks the central nervous system upon ingesting and causes severe seizures, convulsions that will quickly turn to asphyxia and cardiovascular collapse – Finally leading to death.
This wildflower has killed so many livestock because they tend to grow near pastures and streams.

Zones (You don’t want to grow these!) 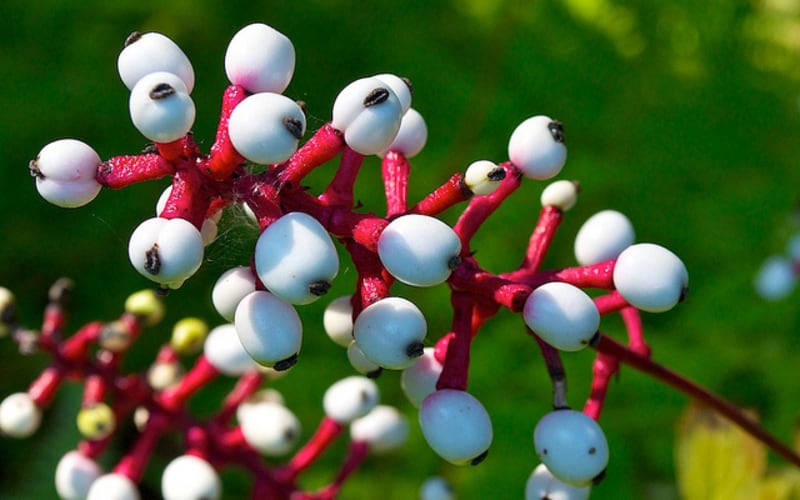 What we like about the plant: Minuscule doses used for medical purposes – small amounts and strictly supervised.

Toxic:  Symptoms are burning of the mouth and throat, headache, diarrhea, hallucinations; severe stomach cramps, and salivation. If the berries are to be ingested, this can lead to cardiac arrest and death. 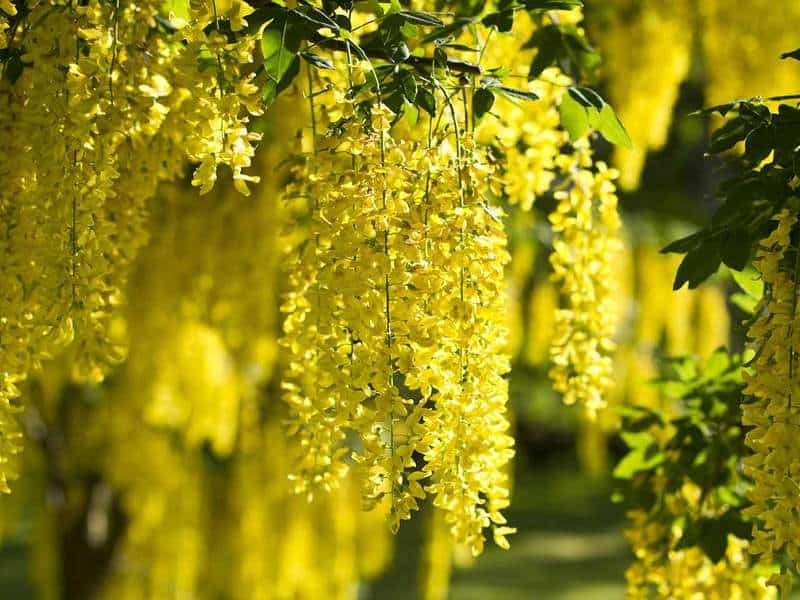 What we like about the plant: A stunning tree to admire from afar, but highly feared due to its toxic reputation.

Toxic:  Symptoms are burning of the mouth and throat, headache, diarrhea, hallucinations; severe stomach cramps, and salivation. If the berries are to be ingested, this can lead to cardiac arrest and death. 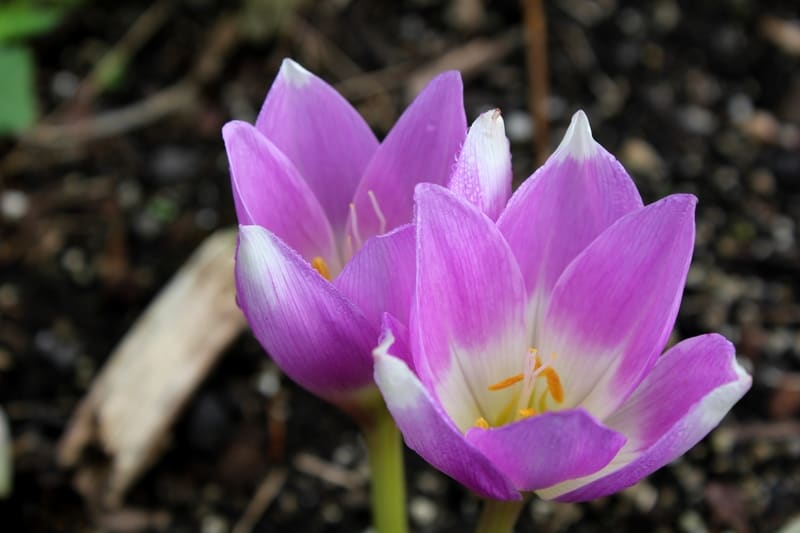 What we like about the plant: The plant has a strange growth pattern and grows without leaves hence their nickname “naked ladies,” and the “naked boy.”

Toxic:  The plant has been ingested partly due to the confusion between the plants appearance resembling wild garlic. After ingestion, the victim will initially experience gastrointestinal symptoms for the first 24-hours.

Next, convulsions, multi-organ failure, cardiovascular collapse, and blood clots are experienced. Several days after ingestion muscular weakness is apparent and ascending paralysis which cause respiratory arrest.
The victim will, unfortunately, go through an agonizing death that is slow and experienced with full consciousness until the final breath. 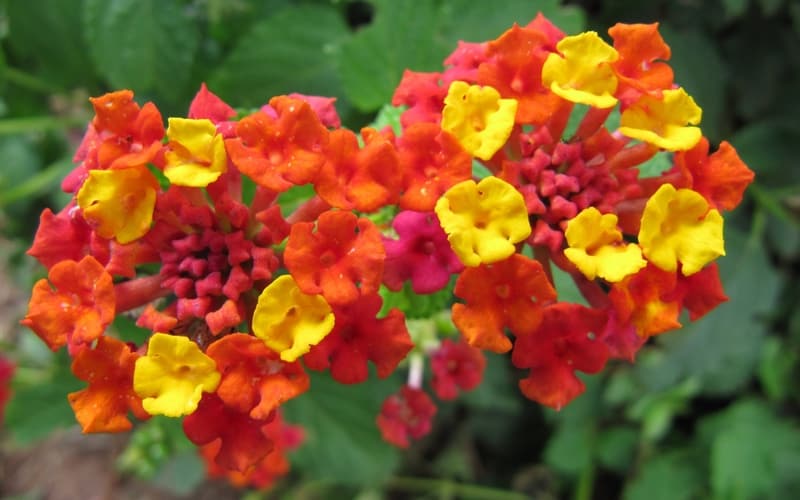 What we like about the plant: These shrubs offer beautiful curb appeal to a home even if their fragrance isn’t equally appealing.

Toxic parts: It can depend on the soil, time of year, the age of the plant, and the growing conditions, but the whole plant.

Toxic:  Lantanas can cause photosensitization one-two days from ingesting the plant for animals and humans. Many people don’t think Lantanas are toxic, but they need to know that the adverse effects come when the victim eats a toxic dose of 1% of their body weight.
The early symptoms will be jaundice from the liver shutting down.

Next, appetite is suppressed or non-existent, constipation, and the inability to digest food properly.
Lastly, ulcers form in the mouth, and mucous membranes reduce. One-Three weeks after the initial ingestion, death may occur. 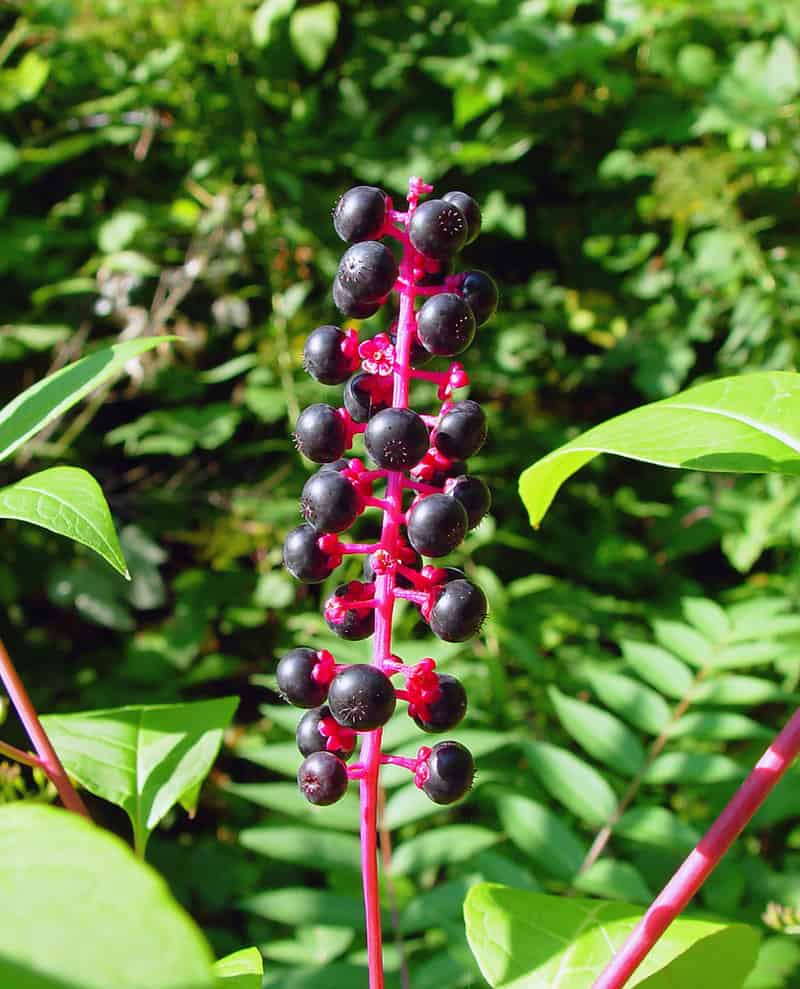 Source: healthyfig.com
What we like about the plant: This American pokeweed (most prevalent in New England ) plant has its place in food and medicine, but only if properly boiled in two waters.

Toxic parts: The old growth and red-tinged material. The largest amounts of poison are found in the roots, leaves, and stems. Small traces are in the fruit. NEVER EAT THE ROOTS!

Toxic:  If improperly ingested one could expect diarrhea, headache, nausea, and stomach pain as early symptoms. It will transpire into muscle spasms, low blood pressure, rapid pulse; seizures, difficulty in breathing, and convulsions. 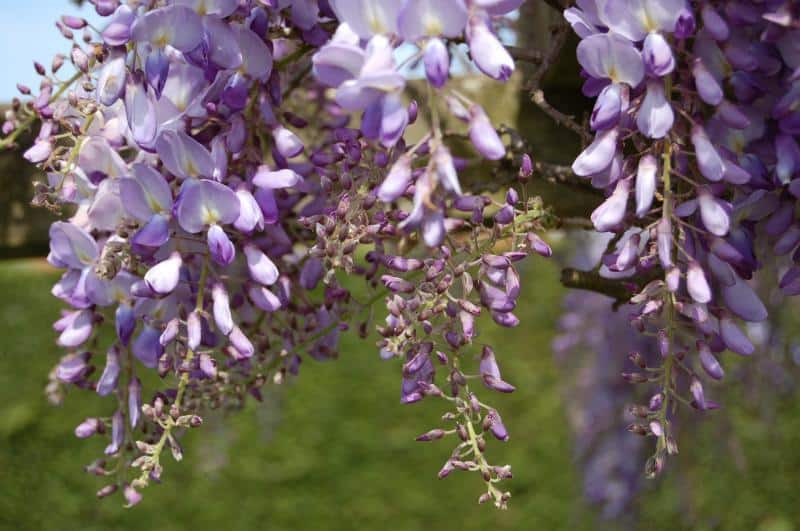 What we like about the plant: Beautiful and deliver a romantic element. The sweetpea-like flowers bloom in stunning white, pink and luscious blue colors.

Toxic:  After ingesting this plant there have been reports of nausea, cramps, diarrhea, and vomiting. 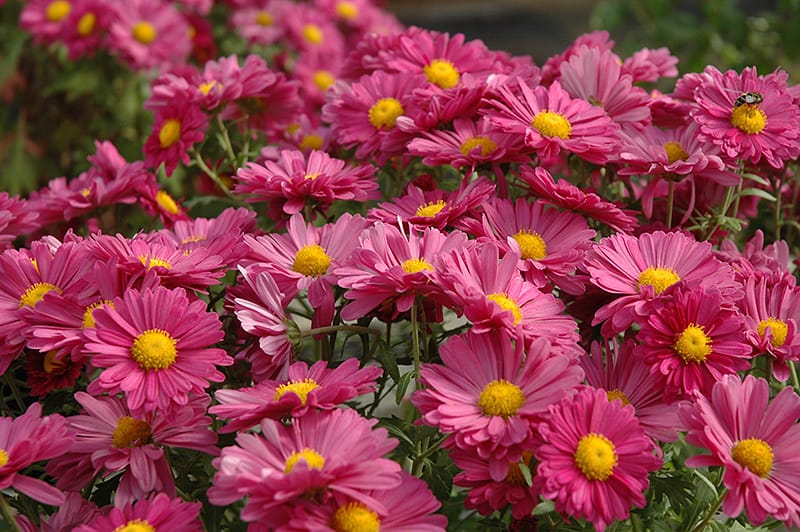 What we like about the plant: They add lots of gorgeous color to a garden and make great gifts. The beautifully enhance a summer garden when other summer plants have begun to fade. They come in numerous varieties and every color except for blue. Some types are hard to find, but when you do you’ll love the fact that the blooms last for weeks – even after they’d been cut!

Toxic:  Mums contains a toxic component called Arteglasin A, but even that toxin isn’t enough to do much harm, nothing compared to the previous fatal plants we’ve listed.
We only added this plant because when exposed to the plant some gardeners have reported getting contact dermatitis from an allergic reaction to mums.

Other than that minor reaction – enjoy your mums! 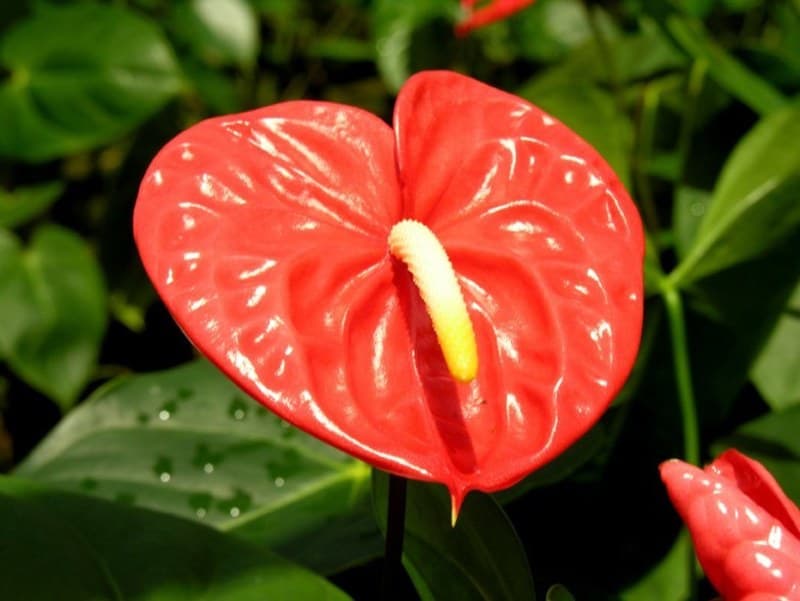 What we like about the plant: They are wildly unique tending to be on the bizarre side, but nonetheless, we like tropical looking plants.

Toxic:  If eaten could cause a burning sensation in your mouth that will be painful – which then turns to blisters and swells. Your voice will become strained and sound hoarse associated with difficulty swallowing. Some relief can be reached with licorice, flax seeds, cold liquids, and pain pills until the reaction fades on its own. 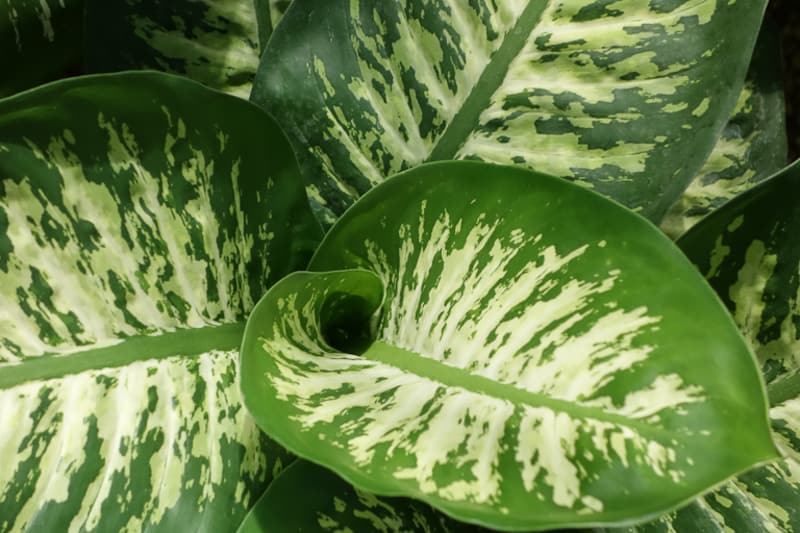 What we like about the plant: They make terrific household additions indoors or out.

Toxic:  Watch out for pets because if eaten intense burning and irritation will be experienced on the tongue and mouth. The reaction can become fatal if the tongue swells up enough to block the air passage to the throat. 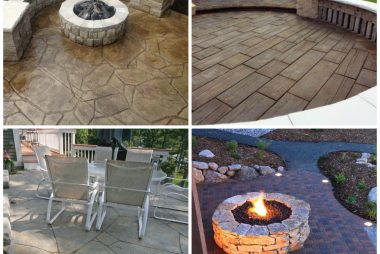 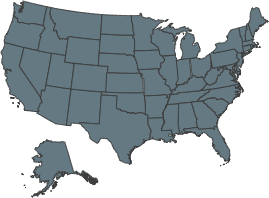